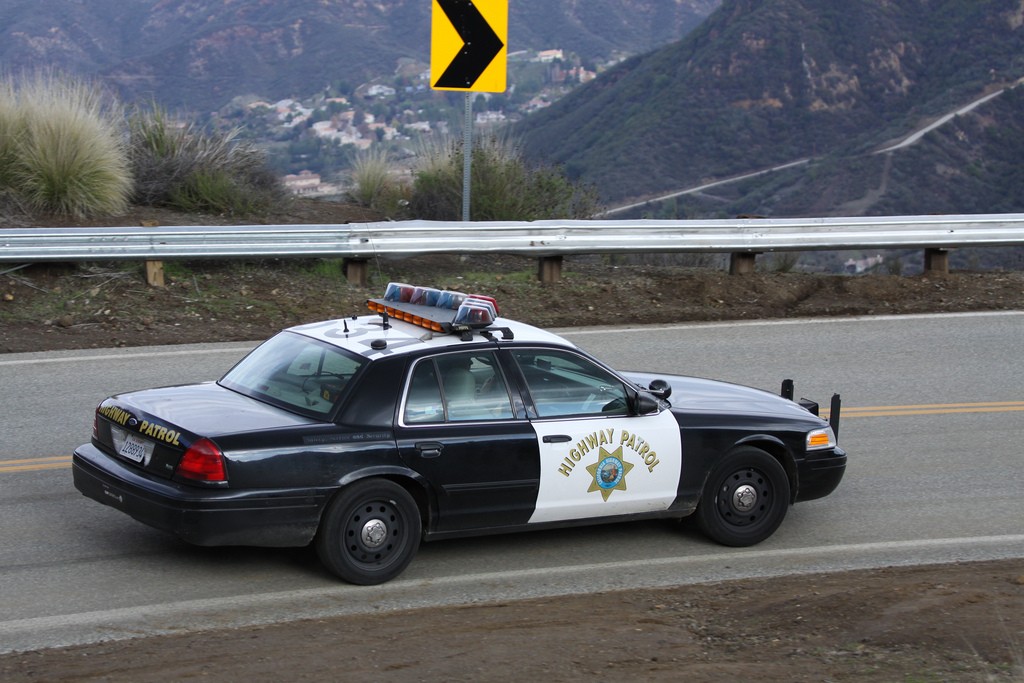 What do you do after you drink alcohol, get stopped by the California Highway Patrol, get arrested for DUI but before you are handcuffed, do you steal the CHP Cruiser, lawyers wonder.

Yes! You jump in the driver’s seat of the California Highway Patrol Officer’s DUI Cruiser, you start the engine because the cop left the keys for you and you drive away real fast, San Diego DUI attorneys are told.

Then when you get from Temecula to Fallbrook, you starting crashing the California Highway Patrol DUI Officer’s car.

Oops.  Too much damage to Cruiser.  Cruiser slowing down.  Stop.

Get out fast before the DUI cops’ back-up catches up to you.

Another bad idea is to hit a police car while drunk in San Diego county.

A brave but silly man who stole a San Diego Police patrol car at the scene of a DUI collision in San Diego was arrested in Rancho Penasquitos after a high speed pursuit lasting 30 minutes.   San Diego Police put down spike strips at Black Mountain Road, causing the stolen patrol car’s tires to puncture and deflate.

San Diego California DUI legal definition of “under the influence”

Vehicle Code Section 23152(a) is a charge of driving under the influence of alcohol and/or drugs.Here is the San... read more

If you smell like alcohol, your chances of being arrested for a San Diego California Drunk Driving / DUI when you are pulled over are very high

If you smell like alcohol, your chances of being arrested for a San Diego California Drunk Driving / DUI... read more

A PAS breath test is used an arrest for a San Diego DUI but, as California attorneys must remind, the PAS is not required unless under 21/probation