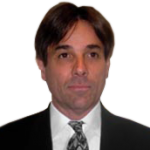 One of the Best DUI attorneys in California, Winner of the California DUI Lawyers Association’s President’s Award as their Specialist, and considered One of the Most Feared DUI lawyers in San Diego, attorney Rick Mueller of the San Diego County DUI Law Center exclusively handles DUI and DMV cases.

Independently rated by his peers and clients as “Superb”, Rick is one of the top San Diego DUI Lawyers. Rick Mueller has alot of 5 Star Reviews, is a Level 14 Contributor of Avvo Answers and writes about what to do when faced with a DUI, which is one more reason why he is the Best DUI lawyer in San Diego.

Rick has been practicing drunk driving defense law since 1983. He received his Juris Doctor degree from Chicago Kent College of Law and was also a licensed attorney in Illinois.