San Diego County DUI Law Center publishes tips on how to minimize your risk of being convicted of a California DUI Easter Weekend. 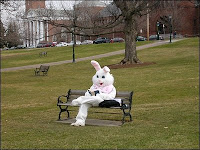 An excellent new Article was posted today by San Diego County Criminal Defense Attorney Peter Liss from Vista about how to handle yourself if you are investigated and arrested for a California DUI. See this fine lawyer’s DUI post here.

Here’s some highlights of what one San Diego County Drunk Driving Criminal Defense Lawyer suggests NOT to do if facing a San Diego DUI:

1. Do NOT attempt to do Field Sobriety Tests. You are not an acrobatic or gymnast. You have not practiced these DUI tests. You did not have to perform any in order to get your driver’s license in California or elsewhere.

These are voluntary DUI tests designed to give a cop evidence to convict if you are intoxicated.

The San Diego DUI attorney Prosecutor usually will do his or her best to use these answers against you no matter what you say.

If you are under 21 though, you are legally required to submit to the PAS. This PAS is not the California Title 17 / Implied Consent required if you are OVER 21. If you are arrested, you must do a blood or breath test. The breath test is usually the one at the jail or station but sometimes is mounted in a San Diego Police Department officer’s trunk. or used at DUI checkpoints.

4. Do NOT attempt to excuse your behavior by explaining that you were using a prescription drug instead of alcohol.

If a substance impedes your ability of drive, you can be charged with a California Drinking Under the Influence of alcohol and/or drugs (DUI), whether it is alcohol, illegal drugs or prescriptions.

5. Do NOT talk to anyone about your DUI arrest until you speak with or retain an experienced San Diego DUI attorney.