Your San Diego DMV lawyer has just 10 CALENDAR DAYS after a DUI arrest to serve a request for hearing at the San Diego DMV Driver Safety Office. There is no right to a hearing once the 10 day deadline expires.

DMV actions are heard by Driver Safety Officers, not a real judge – an employee of the DMV not trained in law who acts as both prosecutor and judge. Unfair as it is, she or he can legally object to your evidence, rule on her or his own objection, dually engage San Diego DUI lawyers, and admit or not admit key evidence.

DMV’s decision will be mailed a few days or even weeks after the hearing. A San Diego DMV / DMV suspension can be set aside or sustained (granted or denied).

Due to the strange nature of San Diego DUI / DMV hearings and the absence of an independent San Diego DUI judge to offer some protection, you are strongly advised not to try to represent yourself. Because these are not San Diego DUI criminal proceedings, San Diego County public defenders are unavailable. 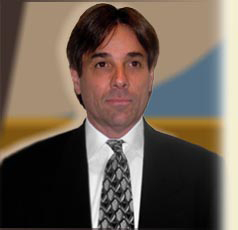 While California tries to deal with a major budget crisis, one may believe California should be trying to collect every penny possible but not true

While California tries to deal with a major budget crisis, one may believe California should be trying to collect... read more

Accusations of the Santa Barbara "award"-winning cop who trumped up evidence to increase DUI arrests were written by an... read more

As a service to partygoers and fun people in San Diego, this free, updated DUI checkpoint location site is... read more

Arrested for a San Diego DUI and not sure where to turn?San Diego DUI Attorney Specialist Rick Mueller is... read more