There is a new policy at San Diego California’s DMV Department of Licensing aka Office of Driver Safety. This is the office that schedules DMV administrative per se hearings after a driver is arrested for DUI in San Diego County.

When the attorney schedules for the driver, the DMV will later provide the name of the Hearing Officer aka Driver Safety Officer in the Notice of Hearing.

Previously, when the San Diego DUI defense lawyer scheduled with the DMV office, the name of the Hearing Officer was provided at that time. There are a number of very good hearing officers in San Diego California.

After the hearing is scheduled, DMV provides the evidence or discovery to the driver’s attorney so the case can be prepared in advance.

Once the San Diego DUI lawyer has received all the documents in the mail, copies of those documents and the attorney’s points & authorities are forwarded to the driver.

In the meantime, the driver is permitted to drive and a new temporary or notice of stay is issued in between the time of scheduling and the hearing. 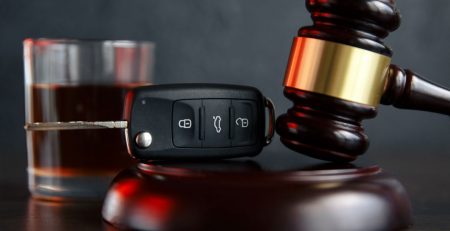 In light of the odd nature of San Diego DUI / DMV hearings which do not have an independent... read more

California Writ of Mandamus (after DMV Hearing) If California DMV upholds the suspension order following a DMV hearing after a... read more

After a San Diego DUI arrest, here's what you must do within 10 days of being arrested:10. If... read more