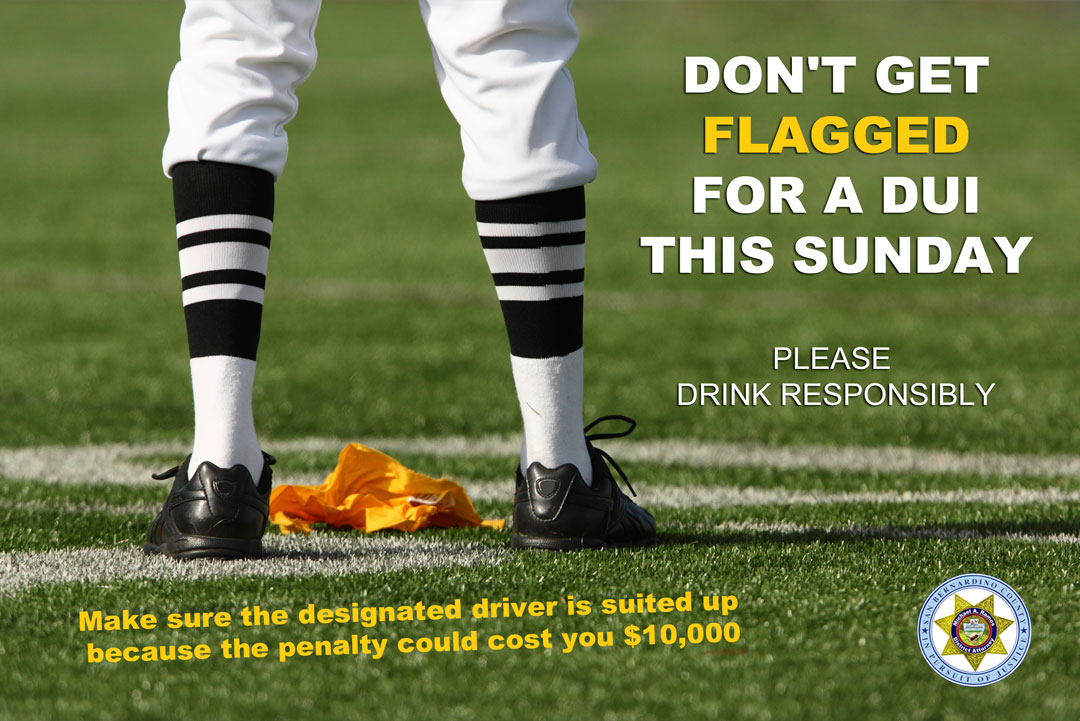 The San Diego Sheriff’s Department has these tips for a safe Super Bowl Sunday:

• Plan a safe way home before the game begins
• Before drinking, designate a sober driver and leave
your car keys at home
• If you’re impaired, use a taxi, call a sober friend or
family member or use San Diego public transportation
• If you see an impaired driver on a San Diego county
road, call 9-1-1 immediately

If you are arrested for San Diego DUI, you will go to San Diego County jail.

Want to ensure a 3rd California DUI arrest and then some? Get arrested for DUI twice before and steal a San Diego Police Department car!

If you have 2 California DUI convictions on your record, what's the latest thing you should be doing?  Driving... read more

Look at the diverse choice of sites released and sponsored by a Quality DUI Lawyer who assists San Diegans!... read more

What you must do within 10 days of being arrested for a San Diego DUI 10. If you... read more

San Diego DUI police take a license upon arrest and issue a pink DMV “DS 367” Order of Suspension which becomes the cornerstone of DMV’s license hearing documents, attorneys point out

San Diego DUI attorneys are asked if a driver has to blow in the handheld breath test gadget if... read more