The following was issued today by the San Diego Chapter of Mothers Against Drunk Driving:

WHAT: The San Diego Chapter of Mothers Against Drunk Driving (MADD) will
hold a news conference to kick off a statewide drunk driving
crackdown that aims to keep our streets safe at a historically
dangerous period — Labor Day weekend. MADD is working with law
enforcement this holiday weekend to send the message: if you drive
at or over the illegal limit, you will be under arrest.

The California effort is part of a national drunk driving
crackdown, “Drunk Driving. Over the Limit. Under Arrest.,”
sponsored by the National Highway Traffic Safety Administration
(NHTSA), in partnership with the California Office of Traffic
Safety (CA OTS), the California Highway Patrol (CHP) Border
Division and Avoid the 14. During the crackdown, law enforcement
officials will intensify enforcement of drunk driving laws by
conducting high visibility enforcement efforts such as sobriety
checkpoints and saturation patrols.

At the press conference, media will get to hear from and speak to
some of the key players in local, statewide and nationwide efforts.
Among the visuals will be police cars and motorcycles, a crash
car and a vehicle installed with an ignition interlock. New state
data from NHTSA will be discussed and statewide enforcement
activities for the holiday weekend will be announced.

WHY: Drunk driving is the nation’s most frequently committed violent
crime. In 2006, 1,276 people were killed in California in drunk
driving crashes, and nationally, nearly 13,500 people were killed
in crashes where the driver had a blood alcohol concentration of
.08 or higher. Research shows that frequent and highly publicized
sobriety checkpoints and saturation patrols reduce deaths and
injuries due to drunk driving. The two-and-a-half week enforcement
wave in California runs from August 17 – September 3.

High-visibility enforcement, a proven method to reduce the number
of deaths and injuries caused by drunk driving, is one of the four
components of MADD’s Campaign to Eliminate Drunk Driving. The other
elements include: mandatory ignition interlocks for all convicted
drunk drivers, development of advanced vehicle technology to detect
and stop drunk drivers, and mobilization of grassroots support.

Baseball Teams lecture players about not getting a DUI as Coco Crisp becomes the latest San Diego headline, attorneys say

The Oakland A's today gave a annual spring Avoid - a - DUI lecture to the players and on... read more 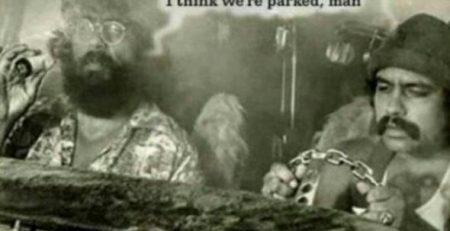 “Driving” must be proven in San Diego DUI cases, say attorneys, which is not hard if you’re the only one in car rolling down the freeway even if you were asleep

If you are lawfully parked, that is one thing.  If you're vehicle is moving, that's another. If you are tired... read more

False DUI police statements are tolerated in some parts of California (Santa Barbara & from time to time in San Diego) but not in Los Angeles, drunk driving criminal defense attorneys point out

Eh? Tri-County Crime Lab in Minnesota will try to make sure there are no more big mistakes like... read more