In order for San Diego law enforcement to stop you for driving under the influence (DUI), they must have reasonable suspicion you have committed such a crime. If an officer has reasonable suspicion, they can conduct a brief field investigation. If further evidence of a DUI is noticed, the officer may be inclined to request you to submit to a field sobriety test.

Reasonable suspicion; is a legal standard of proof in the United States that is less than probable cause. Probable cause is the legal standard for arrests and warrants. It is more than an “inchoate and unparticularized suspicion or ‘hunch'”. It must be based on “specific and articulable facts”, “taken together with rational inferences from those facts”. The suspicion must be associated with the specific individual. In short, reasonable suspicion is the facts and circumstances that lead law enforcement to believe an individual committed a criminal act.

Common causes of reasonable suspicion include:

Without reasonable suspicion, an arrest cannot lawfully be made on the grounds of a DUI.

What can you do if you were stopped and/or arrested for a DUI without reasonable suspicion? Ultimately, the defendant would need to file a motion to suppress evidence in court. If the motion to suppress is successful, it can lead to a dismissal of the DUI charge. Filing a motion to dismiss is just one of the ways a defendant can refute an illegal DUI stop or arrest. For more ways to combat a DUI stop or arrest without reasonable suspicion, you should talk with a California DUI Lawyers Association designated Specialist.

Talk to a DUI Attorney

Above all, with the law constantly changing in regard to fact-specific inquiries, it is best to talk with an attorney to make sure you are made aware of all of your options. California DUI Lawyers Association designated Specialist, Rick Mueller, will ensure you are informed and get the best possible outcome.

This is a glimpse into what counts as reasonable suspicion in a DUI investigation.

What you must do within 10 days of being arrested 10. If you need to save your driver's... read more

Sporting the highest Avvo.com rating – 10 out of 10, San Diego DUI Defense Attorney Specialist Rick Mueller tells it like it is

Thanksgiving Weekend is a huge part in San Diego. Attorneys are told the police made numerous DUI arrests... read more 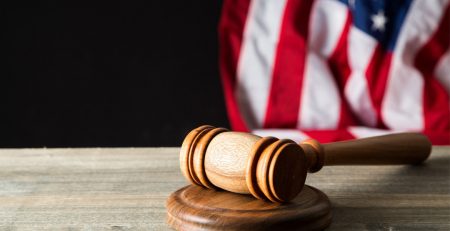 A Kansas man by the name of Charles Glover Jr. was pulled over in a traffic stop by police... read more